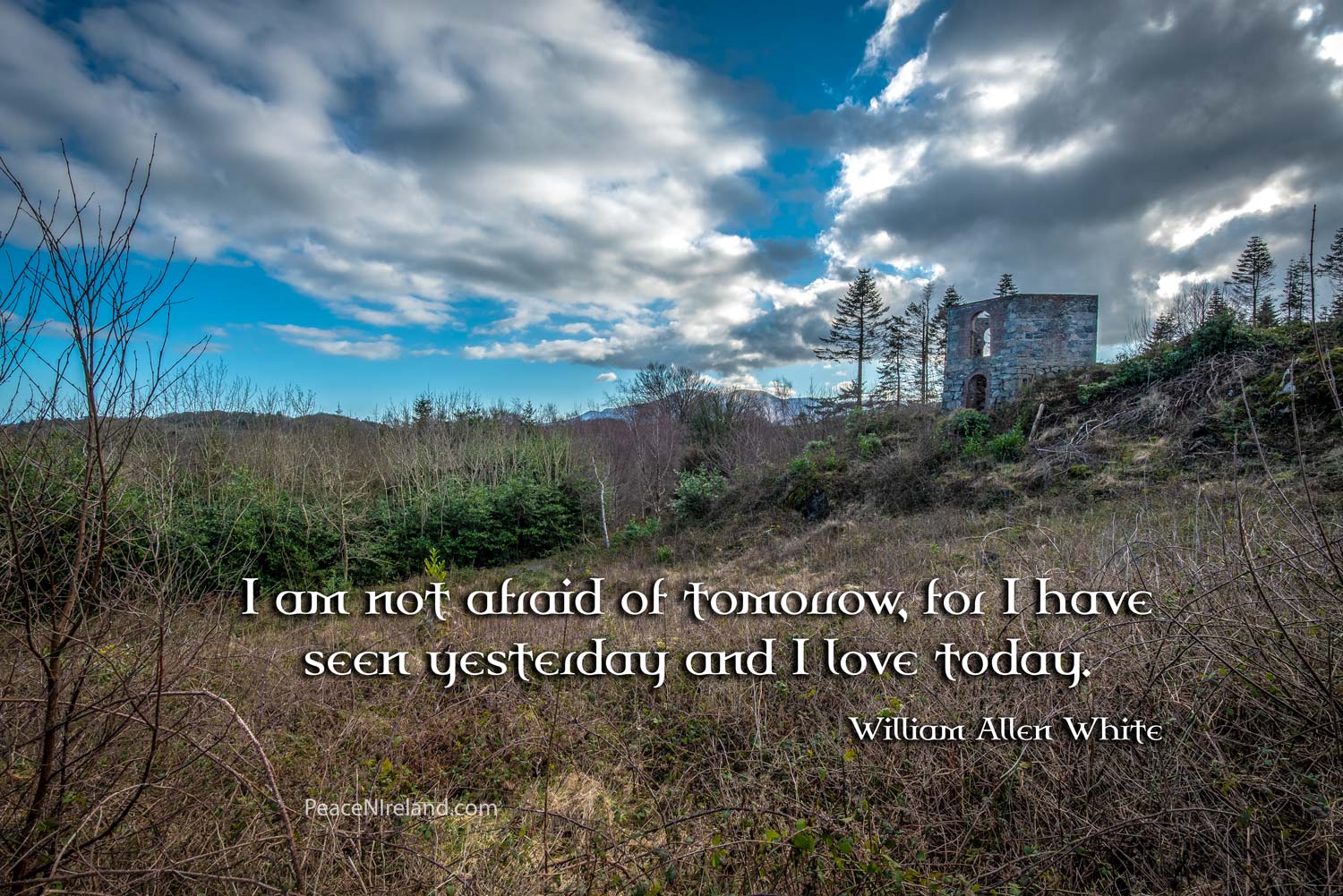 The strange ruin encountered on a trail through Castlewellan Forest, turned out to be a 20ft diameter tea house, built by Hugh Annesley (5th Earl Annesley) for his family on his Castlewellan estate in County Down. It had spectacular views over the Mourne Mountains and a nearby lake which is also part of the Annesley Castlewellan estate. It forms part of a popular trail through the forest and gardens, enjoyed today by the public. 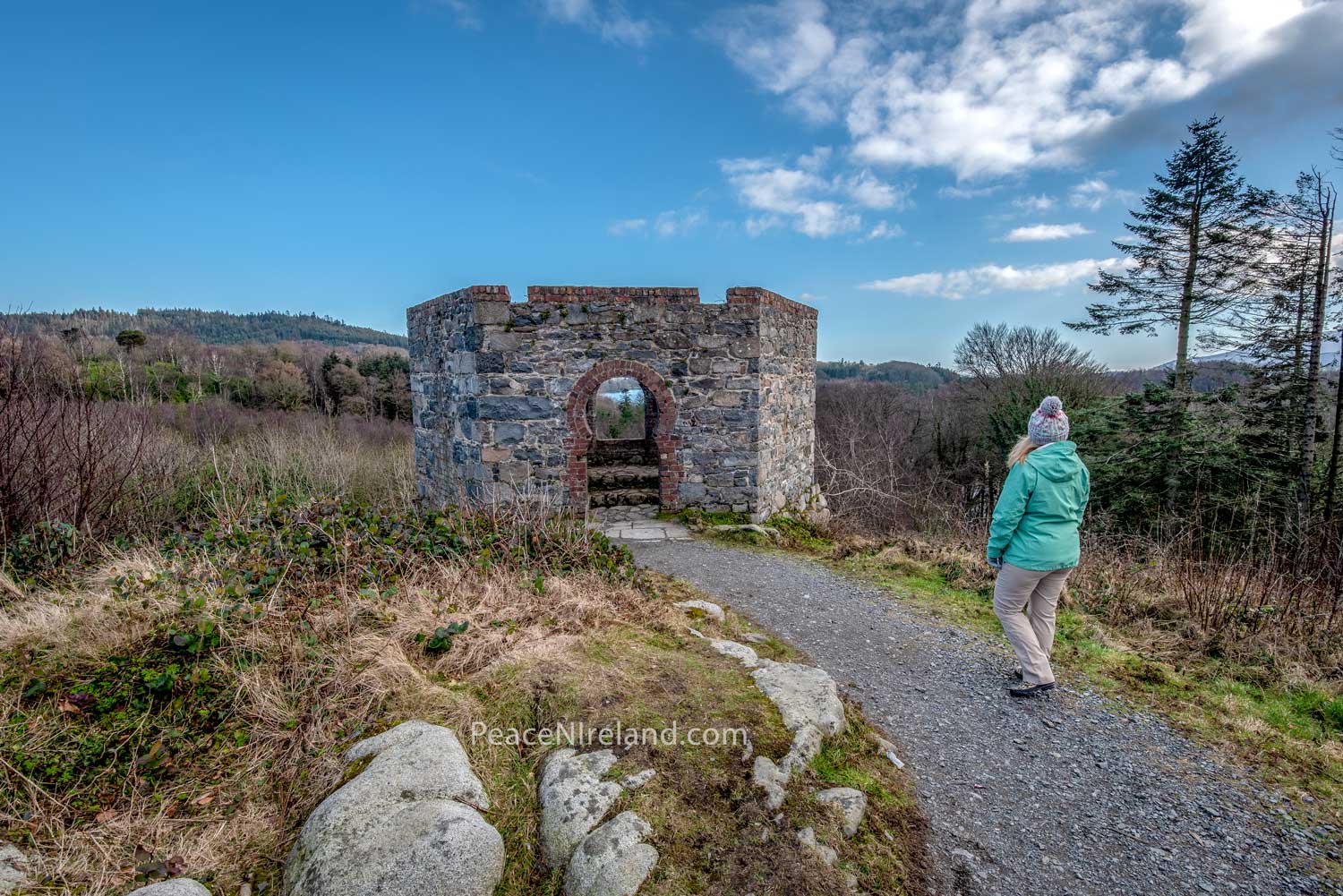 Hugh Annesley’s tea-house, built in 1844
The Annesley family built up a substantial estate in the south of County Down over a number of generations including a castle and forest at Castlewellan. They held a lease on the estate since the 17th century, and bought the freehold in 1741.
Hugh Annesley, (1831-1908) was an Eton-College-educated professional soldier who became Colonel of the Scots Fusilier Guards in 1860. He became 5th Earl Annesley after the death of his brother, William Richard in 1874, inheriting the family seat of Castlewellan Castle. Here, as a keen gardener, he continued the development of the arboretum and gardens, and even published a book about the rare trees in his collection.

After his military career, Hugh became MP for County Cavan. The photos in today’s post show what remains of the 20 foot diameter tea-house, which he built in 1884 for his family. Constructed on high ground, it provided a panoramic view of Castlewellan Lake. On fine summer days the family would make the journey to the tea house, one of two in the demesne, by pony and chaise. A groom and footman would be in attendance. The task of the footman, described as ‘a tall Londoner’, was to brew and serve the tea.
Hugh Annesley was also a pioneering amateur photographer. Thirty-five albums of his photographs are in the Public Record Office of Northern Ireland. They include pictures taken during the wars in South Africa and the Crimea, (where he was severely injured) and during a visit to Japan, as well as photographs of his home at Castlewellan and the surrounding area. He became the third largest landowner in County Down, with about 25,000 acres, extending from the mountains of Slieve Croob to Slieve Donard.
0
SHARES
ShareTweet
Subscribe
Past/Future: Charles R Swindoll The Opportunity: Dave Smith