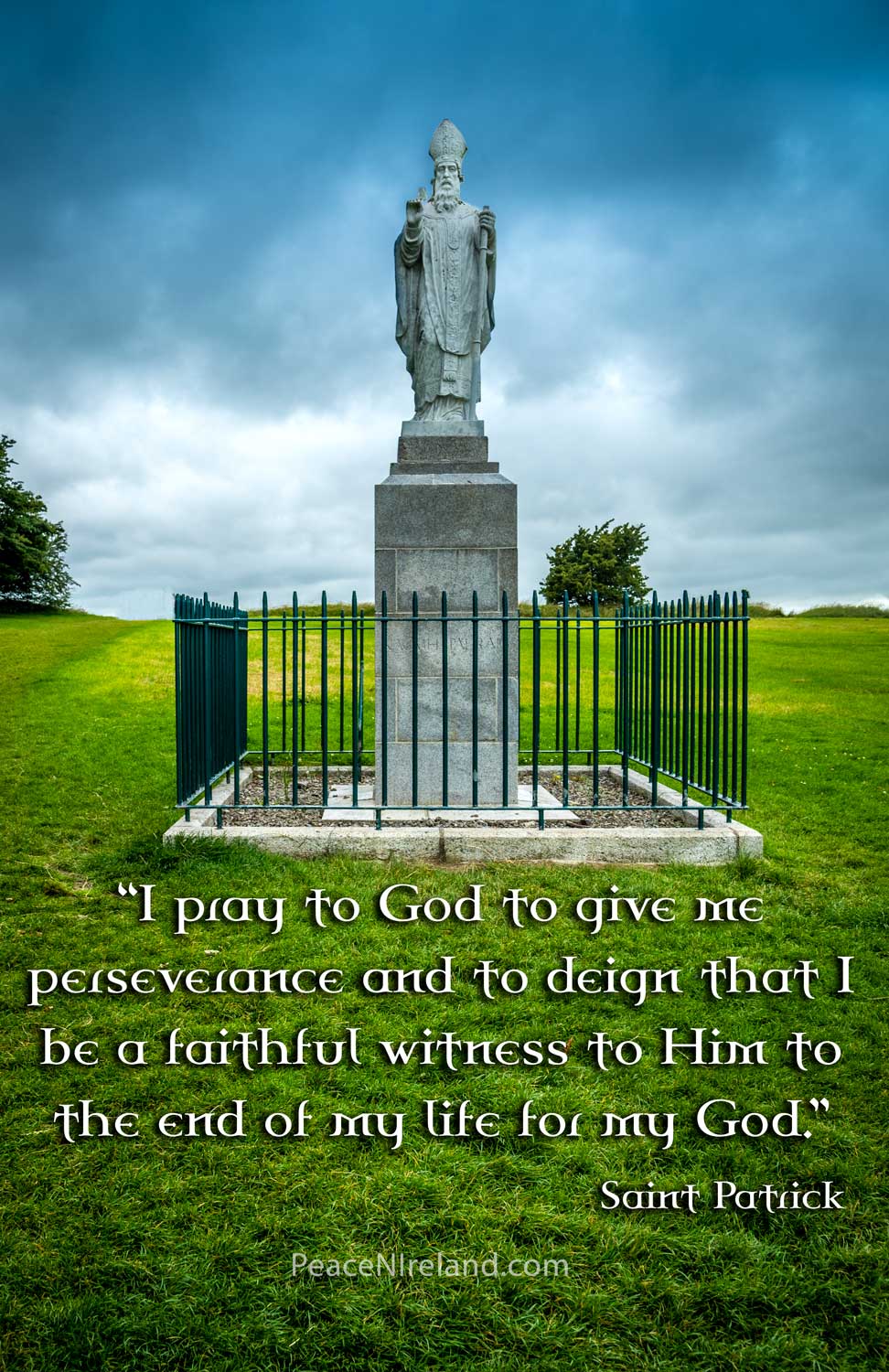 Figure of St Patrick at Hill of Tara, County Meath, where he defied the orders of the High King. 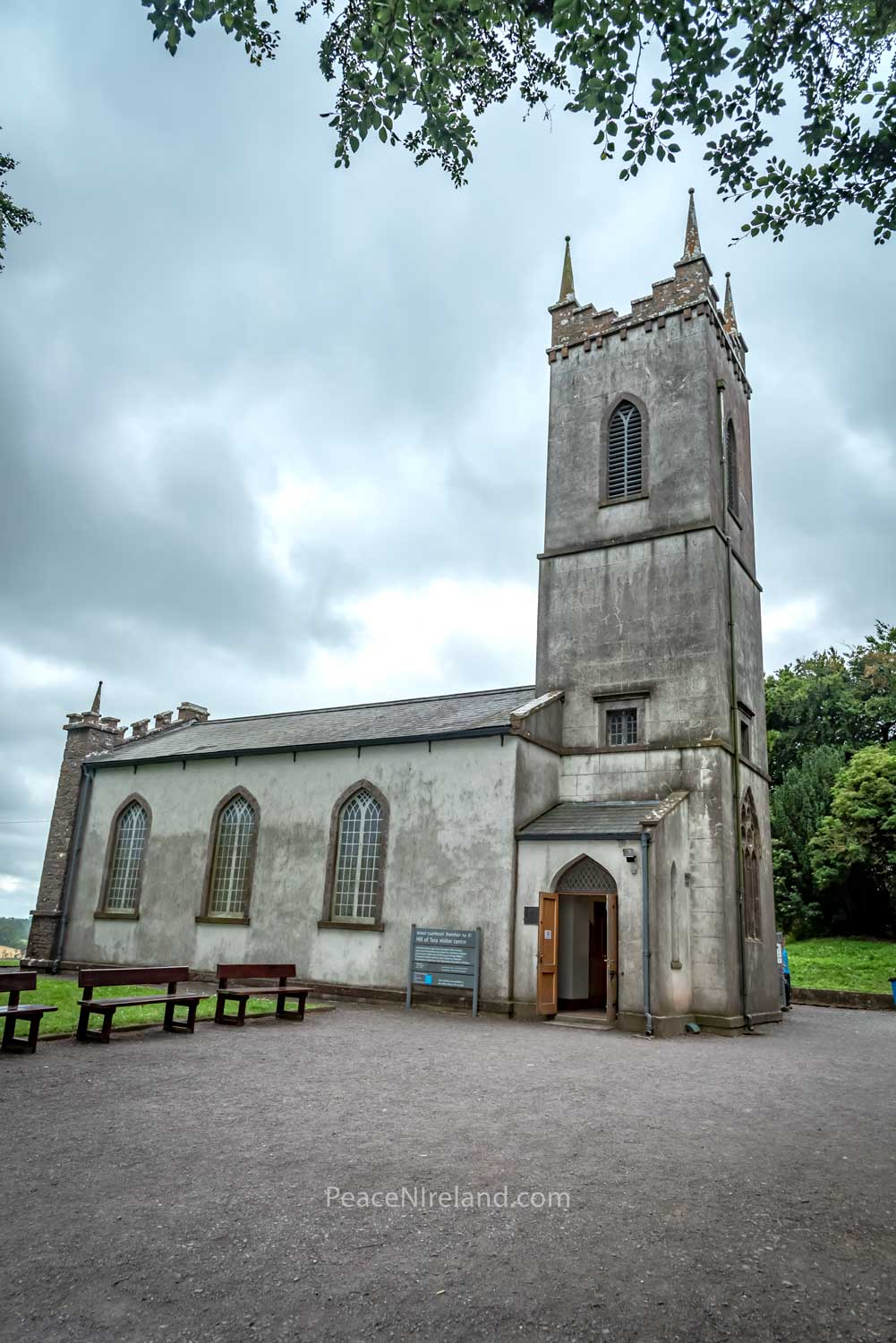 St Patrick's Church at Hill of Tara which has now been de-commissioned and opened as a visitor centre.

According to tradition, the Hill of Tara in County Meath, was the Coronation place and ceremonial centre of the pre-Christian, High Kings of Ireland, with whom Patrick was often in conflict.
Patrick is said to have lit a pascal fire on the nearby hill of Slane on the morning of Easter 433, in defiance of the order of the High King Laoire who had forbidden the act. Laoire’s druids are said to have warned Patrick that the fire must be extinguished or it would burn forever. Patrick defied the orders and then came to the Hill of Tara to argue with the King and his druids, challenging them to perform supernatural acts.
Patrick plucked a shamrock from the grassy hillside of Tara, and used its three leaves to explain the Holy Trinity: the union of the Father, Son and Holy Spirit in one. Rather than punish Patrick and banish him, the King became convinced and converted, allowing Patrick to continue his missionary work and spread Christianity throughout Ireland.
0
SHARES
ShareTweet
Subscribe
St Patrick Cross: Clonmacnoise Explore St Patrick