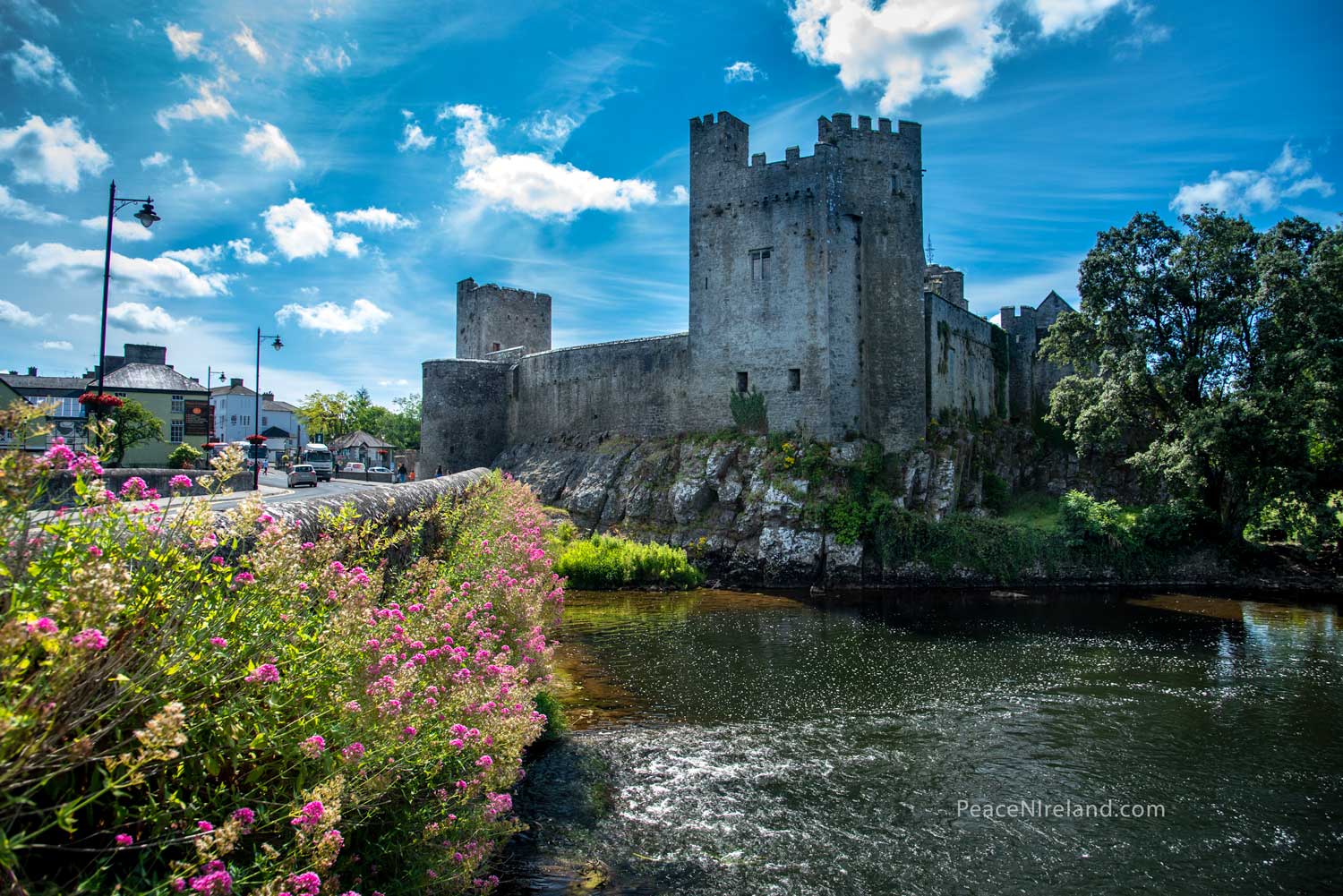 This is Cahir Castle, on the River Suir, Cahir, County Tipperary. The castle was built in two parts, with the side closest to the road being built from 1142 by the Prince of Thomond, Conor O’Brien. 200 years later the second side was added; it now houses an audio-visual show for visitors.
In 1375, the castle was granted to the newly created Earl of Ormond, James Butler, for his loyalty to Edward III. It was enlarged and remodelled between the 15th and 17th centuries, then fell into ruin in the late 18th century. The Great Hall was partly rebuilt in 1840.
In 1961 the last Lord Cahir died and the castle became the property of the Irish state and was named a National Monument. It is now managed by the Office of Public Works, who maintain it and operate tours. 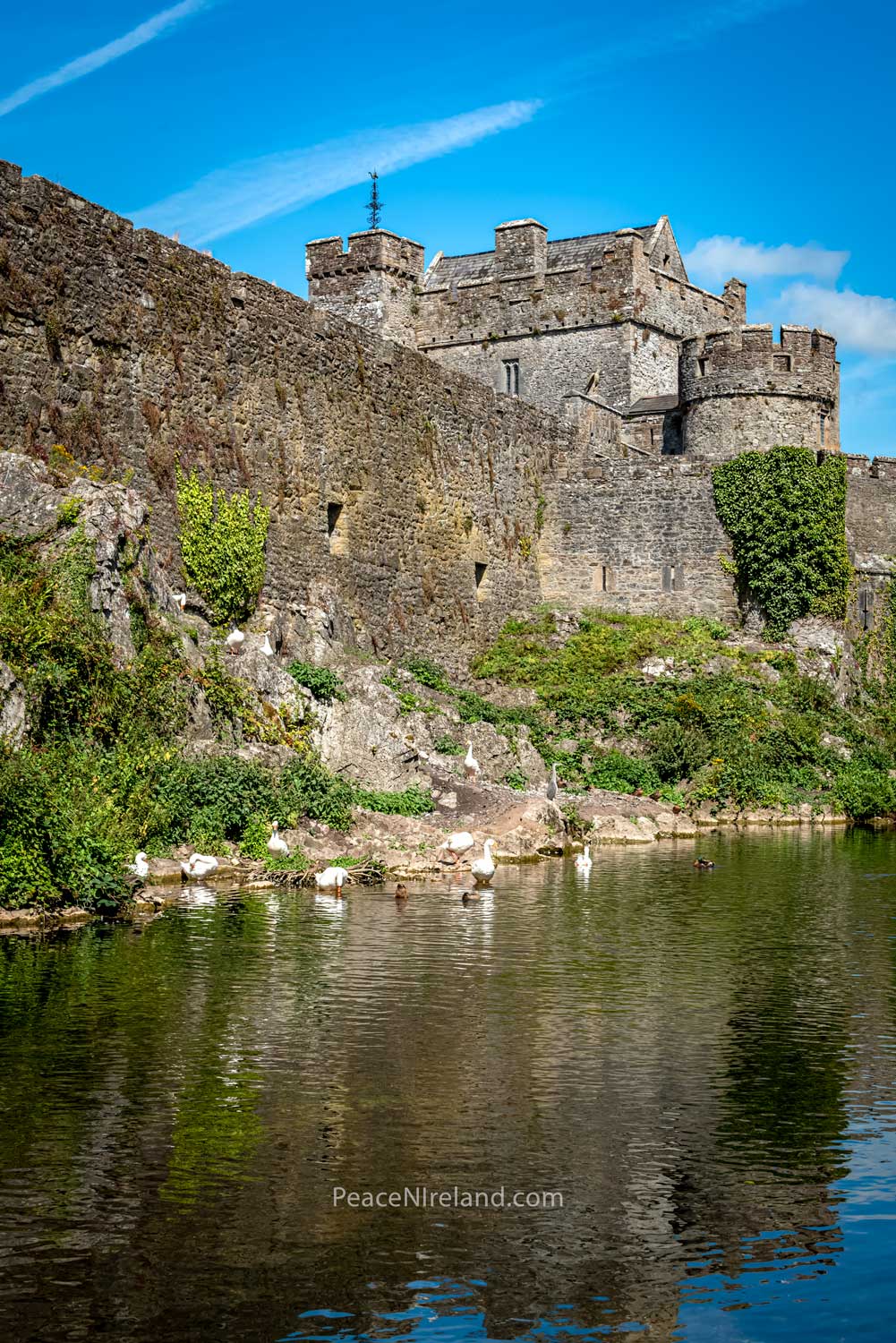